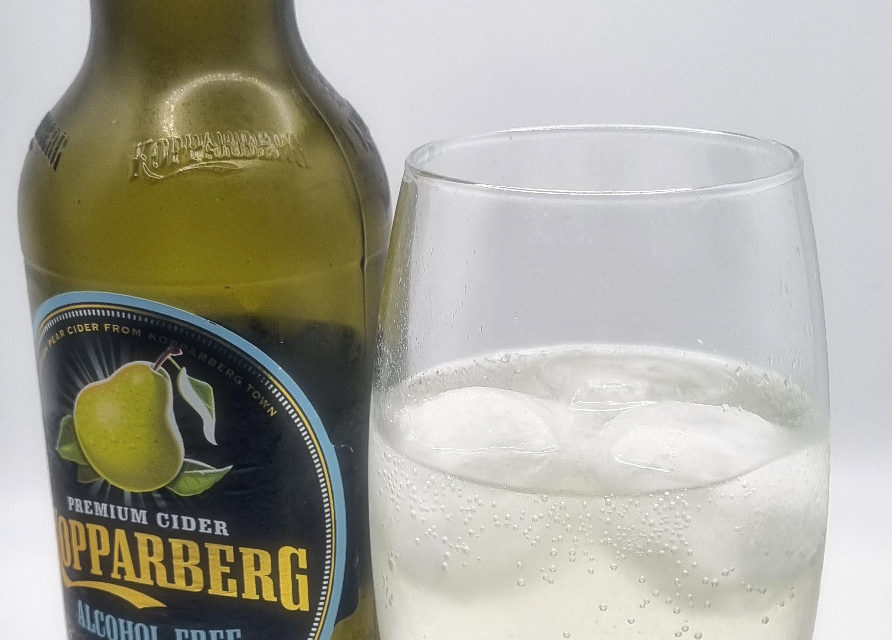 You’ve probably come across the Kopparberg brand before given they’ve been sitting in pub fridges and supermarkets since 2003. Kopparberg is a brewer from Sweden who has been producing mainly ciders from the late 19th century so are very much a leader in their field.

Similar to other well-known brewers Kopparberg has begun to create alcohol-free and limited edition concoctions such as their strawberry and lime alcohol-free cider – but it’s their alcohol-free pear cider I’ll be reviewing today.

I tried a chilled 500ml bottle of the alcohol-free pear cider – was it tasty and worth a go? You’ll need to read the review below. Is alcohol-free Kopparberg cider any good?

Wow, it’s sweet! I mean really sweet. If it wasn’t for the fact it was winter I can imagine being covered with bees and wasps after I flipped the cap. So … if you’re a fan of sweet drinks you should make this a go-to alcohol-free option. For me though it was just too sugary, not enough bite to it. For sure it was enjoyable for a couple of glugs but just became too much if you’re getting through half a litre. I appreciate pear ciders are in general pretty sweet but the alcohol in perry gives it an extra edge which this non-alcoholic version does not benefit from.

To be honest, it smelt pretty artificial, image boiling down a bunch of pear drop sweets and you have the aroma that escaped the neck once the cap was released. Out the bottle and into the glass, this alcohol-free pear cider had a light, refreshing look to it.

Compared to other alcohol-free drinks Kopparberg alcohol-free pear cider is a little heavy on calories (over 200 per bottle). Good news though as it’s both vegan-friendly, gluten-free, and available in most supermarkets and online stores.

Where can you buy alcohol-free Kopparberg pear cider?

At the time of writing, you can purchase this cider from most supermarkets including Tesco’s and Morrison’s. You can also find this drink the retailer below. When it comes to comparing alcoholic versions with their alcohol-free counterparts Kopparberg pear cider is almost one of the closest in similarities. They are both extremely sweet and have that intense pear smell and taste. I would say the alcoholic version is a little less sweet but does have an ABV of 4.5%

“Always do sober what you said you’d do when you were drunk. That will teach you to keep your mouth shut.“
-Ernest Hemingway, 1899 – 1961

Summary If you’re a fan of pear drops, sweet drinks, or just pear cider then this is worth a try. However, if you’re a cider purist then you may want to steer clear. I think this would be a great accompaniment to a summer BBQ and would probably go well with a Thai meal but for me, it didn’t hit the mark.