Ok, I’m not going to lie to you, I had my doubts when I first read Snorkelers sea salt IPA. IPAs are punchy enough in taste to not have to add the flavour of the ocean to them … but apparently, it isn’t that rare. It seems brewers have been adding salt (sodium chloride) to beers to enhance the flavour, curb bitterness and in some cases recreate the water where the beer was originally brewed.

Well, the guys at Insel Brauerei also decided to tinker around with salt and created their infamous alcohol-free Snorkeler’s Sea Salt IPA. Insel Brauerei are a fairly new brewery located on the German island of Rugen but they have been busy creating both alcoholic and award-winning non-alcoholic beers including a summer ale, pilsner and of course this IPA.

So how did this salty seadog go down with My Dry Bar? Well, you’ll just need to read the review below to find out. Not sure what I expected when I flipped the lid on this kookily wrapped bottle but it wasn’t as crazy as I thought it would taste. Sure it tastes like a decent hoppy IPA but seconds later you get a subtle saltiness running through it. It wasn’t unpleasant and certainly a different experience but for me, the issue with Snorkeler was the level of bitterness, it didn’t abate, just a lot of bitterness without any countering of sweetness. Personally, I prefer drinking an IPA with more fruit and malt flavours.

Don’t expect to smell the sea when opening this bottle, expect more like exotic and citrus fruit aromas such as grapefruit; in fact, it smelt more like a traditional IPA. Snorkeler’s Sea Salt IPA poured out as a medium amber beer, slightly hazy with decent levels of carbonation and a smallish frothy head.

I am going to award Snorkeler’s Sea Salt with some extra bonus points as I really like their packaging. The bottle comes wrapped in beat-up paper and you feel like a Times Square vagabond drinking out of it. Top marks for originality.  The beer itself isn’t going to be applicable for all is it neither gluten-free or vegan friendly and it does have relatively high calories compared to other IPAs. Finally don’t expect to find this is supermarkets but you can locate this on alcohol-free specialists.

At the time of writing, I could not see this IPA in any supermarkets. The only places to purchase this beer would be either on the Insel site or from the following alcohol-free retail specialists below. Summary Overall Snorkeler’s Sea Salt IPA is worth trying out if you enjoy original and bitter-tasting alcohol-free IPAs. Personally as mentioned I prefer IPA beers a little maltier and sweeter than this drink. If you do manage to track down a bottle then its worth giving a go. 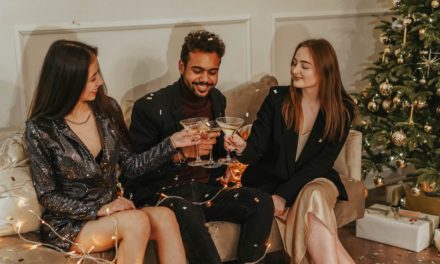